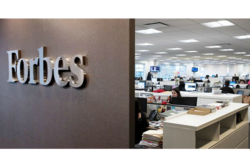 Tomsk State University of Control Systems and Radioelectronics was ranked 27th in the Forbes list of top 100 Russian universities. 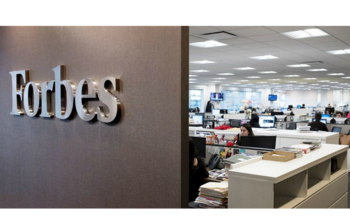 Tomsk State University of Control Systems and Radioelectronics was ranked 27th in the Forbes list of top 100 Russian universities.

TUSUR University was ranked 31st in the first edition of the Forbes university ranking published in 2018. In the latest edition of the ranking, the University has improved its position, ranking 27th with a total of 42,98 points. Universities were assessed against ten metric groups: quality of education, quality of graduates, and the Forbes factor, which represents the institution’s relation to the top-tier university category and the share of entrepreneurs among its alumni. TUSUR University shows its best result in the education quality subranking, where it ranks 13th.

The 2019 ranking features a much wider inclusion of engineering and physical science universities. According to the ranking team, the reasoning behind this is that the modern economy relies heavily on new technology, thus making engineering graduates the people most likely to gain prominence in the country.

Unlike most universities included in the long list, TUSUR is not a participant of the 5—100 project for targeted development of Russian universities, and is not one of the national research, federal, or anchor universities. Nevertheless, TUSUR University is regularly featured in a variety of national and international rankings.

The Forbes University Ranking aims to evaluate the quality of Russian education and identify universities whose graduates possess the entrepreneurial spirit that will allow them to enter the Forbes list or join the Russian political elite in the future. The ranking is based on the official performance monitoring of over 1,000 universities as published by the Russian Ministry of Science and Higher Education, and on analysis of over 1,600 profiles of Russian members of the Forbes list, their children, heads of public and private companies, public officials and policy makers.